With 57 km left to reach the South Pole, Johanna reported, «It’s been tough the last few days. Harder, slower, higher, colder, whiter. But I’m very stubborn and maybe even take a World Record for the ladies if I ski to the South Pole before the 25th December.” Closing in was harder than she thought, a zero-visibility white-out contributed to the challenge, and the snow was slower than she expected. But, she made up her mind to get to the Pole before the 25th. 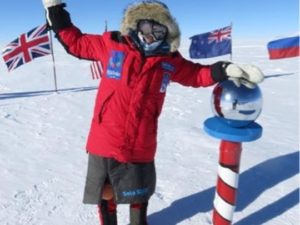 Johanna Davidsson, arrived at the Geographic South Pole, December 24th, 38 days, 23 hours and 5 minutes after she has left Hercules Inlet, on November 15th. This Record time was verified by AdventureStats Chief, Tom Sjogren.

With this time, Johanna set a new Female Speed Ski World Record on Antarctica. The Record is calculated on the classic Hercules Inlet route, a distance of 1130 km (80ºS to 90ºS). The previous women’s solo Record was set in December 2006 by Brit Hannah McKeand. Her time was 39 days, 9 hours and 33 minutes.

The Woman’s World Record was a totally unexpected record for Johanna, reported her home team, it was never her ambition to be the fastest. But the first degree of latitude, 110 km, went faster than she expected, while hauling a sled weighing nearly 120 kg. She expected to get to the Pole in 50 days, she told Explorersweb/Pythom in an interview in October. 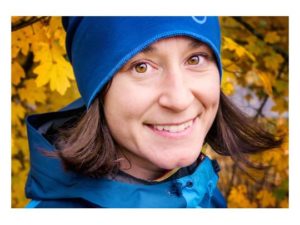 At the South Pole, an overjoyed but humble Johanna told her home team over satellite phone, «I’m extremely happy to have reached the South Pole. It has been an amazing journey so far! Now I will rest before the tour back to the coast and go full speed again.”

She reported the people at the South Pole Station welcomed her with a meal and champagne. Johanna is repacking her sled with new provisions before she will head North, back to Hercules Inlet. She will be using the katabatic winds, blowing from the Pole to the Coast, to kite and sail to her start point. Also no resupplies on this leg. 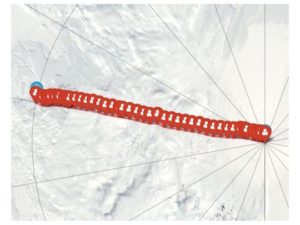 Apart from the WR, Johanna has also become the first Swedish woman to do a solo ski expedition on Antarctica. If she succeeds she will be the first Swede going in and out of the South Pole on foot.